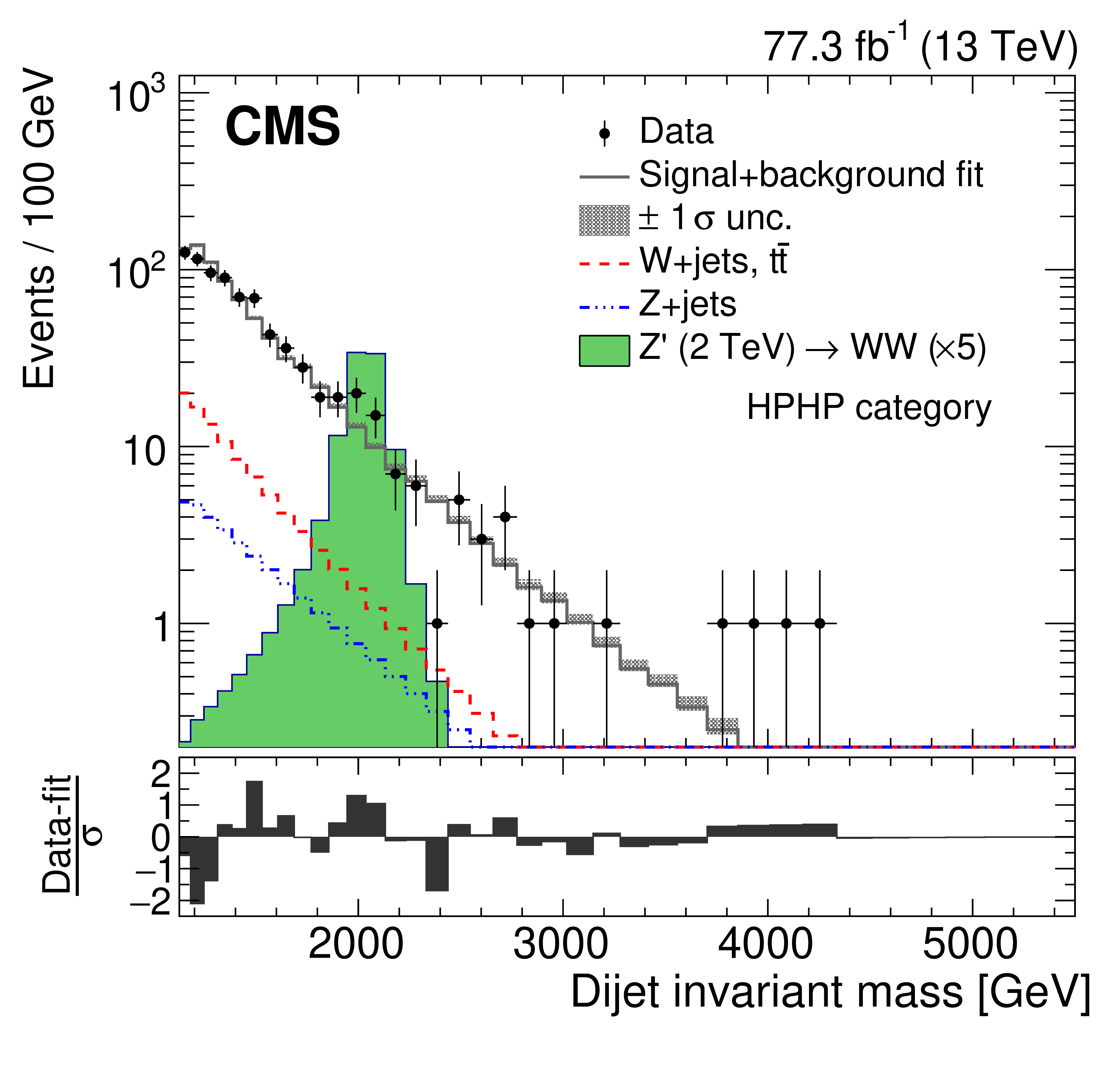 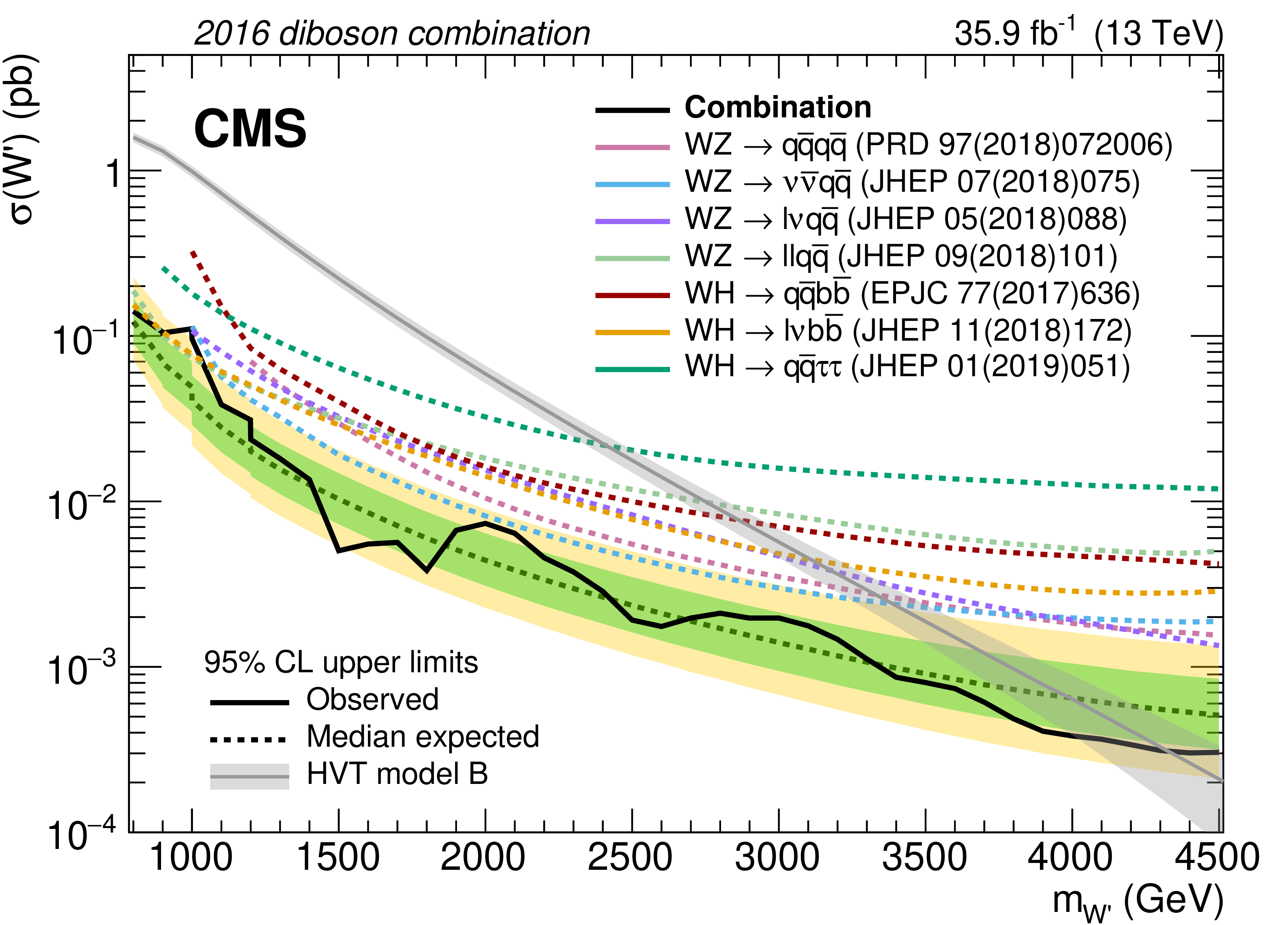 Is there a reason why the electroweak (100 GeV) and the gravitational scales (1018 GeV) are so different? Is there only one Higgs boson or are there more? Theories beyond the standard model try to address these questions, and in many cases, predict the existence of new particles with masses of a few TeV, that in many models couple and decay to standard model particles, such as fermions or bosons. The intermediate boson will then have a large momentum, and the final decay products will be collimated such that they have a small angular separation due to the large Lorentz-boost. We develop special reconstruction techniques (named "boosted") to identify such processes, and then directly search for them at the LHC. Such new particles would appear as heavy mass resonances localized over smoothly falling background distributions - like bumps !   We have searched for many such scenarios [boost1, boost2, boost3, boost4, boost5, boost6, boost7, boost8]. In addition, we have searched for boosted Higgs boson decays, as reported in the section on the Higgs boson.

Some of the new resonances could be gravitons, string resonances, or dark matter that decay to a pair of quarks or gluons. This pair creates 2 collimated sprays of particles called jets (dijets). The big sample of proton-proton collisions allows the search for events not only with two jets but require an additional jet - the initial state radiation (ISR) jet. This technique allows us to cover a mass region that was not covered by previous CMS searches.