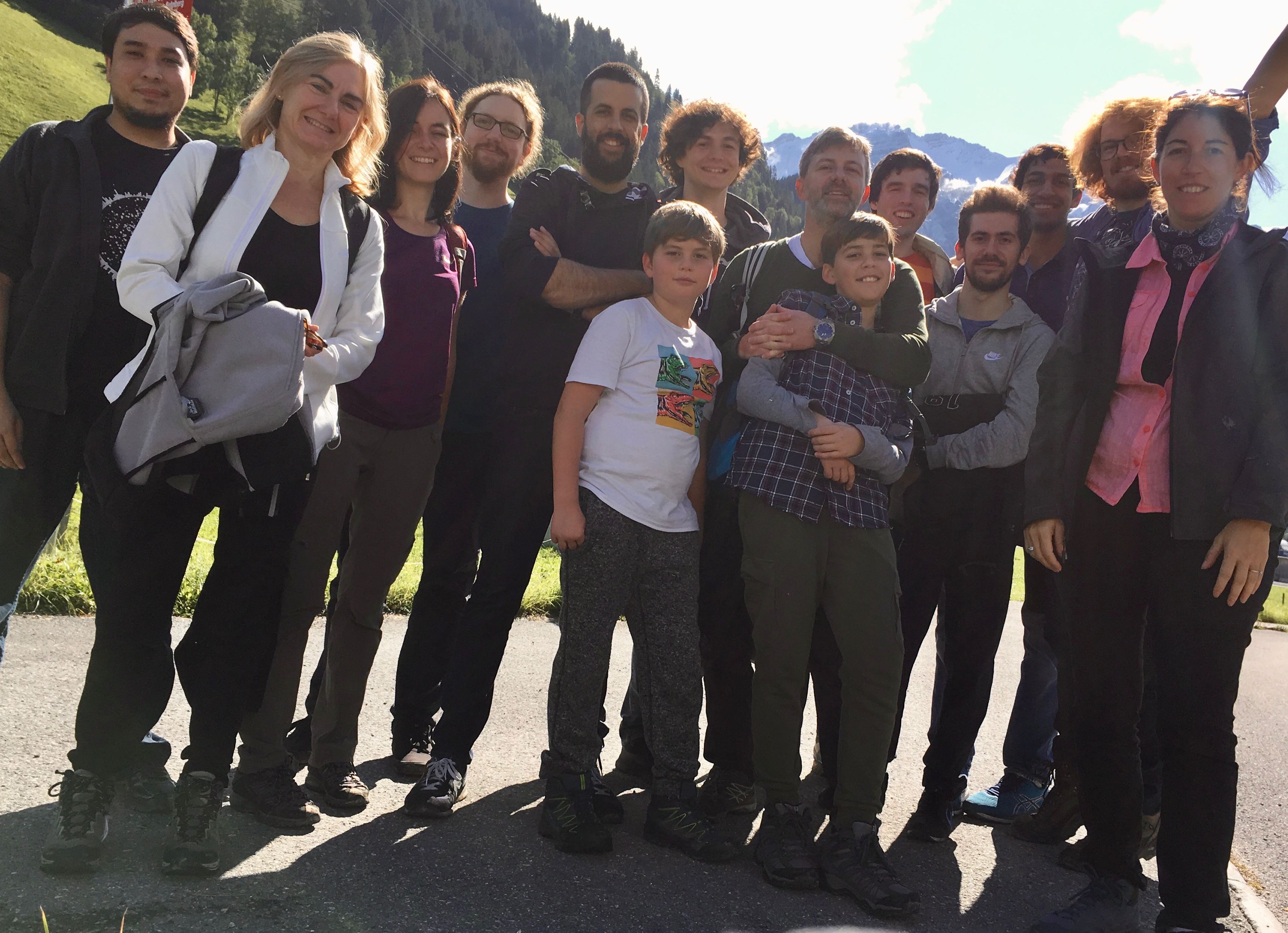 LHC animation: The path of the protons

Our groups contribute to fundamental particle physics research at the Compact Muon Solenoid (CMS) experiment at the (CERN)'s Large Hadron Collider (LHC), the highest energy collider in the world. CMS measures properties of the standard model of particle interactions as well as differences from the standard model that could mean discoveries of new forces and particles. Our University of Zurich group performs in-depth investigations of the Higgs boson's properties and its relationship with the top quark, the most massive particle known to exist. We use the Higgs boson as a probe to identify new forces of nature.  We search for evidence for dark matter candidates with the CMS data. We search for signatures of extra spatial dimensions of the universe and new strong interactions that could mean some of our fundamental particles are really composite objects. Our groups are major contributors to the CMS inner tracking detector (silicon pixel detector), which take 65 million-pixel photos 40 million times per second of the collisions between protons in the LHC.  This precision tracker identifies particles that travel millimeters before decaying with 30-micrometer precision.  This enables the measurement and search for particles that decay to b quarks and tau leptons, such as the Higgs boson, the top quark, and leptoquarks.   We have helped build the currently operating detector, which was installed in 2017, and we are calibrating and operating this system as we prototype a new, improved version with more tracking layers, less material, and higher data rates to be installed in 2023.