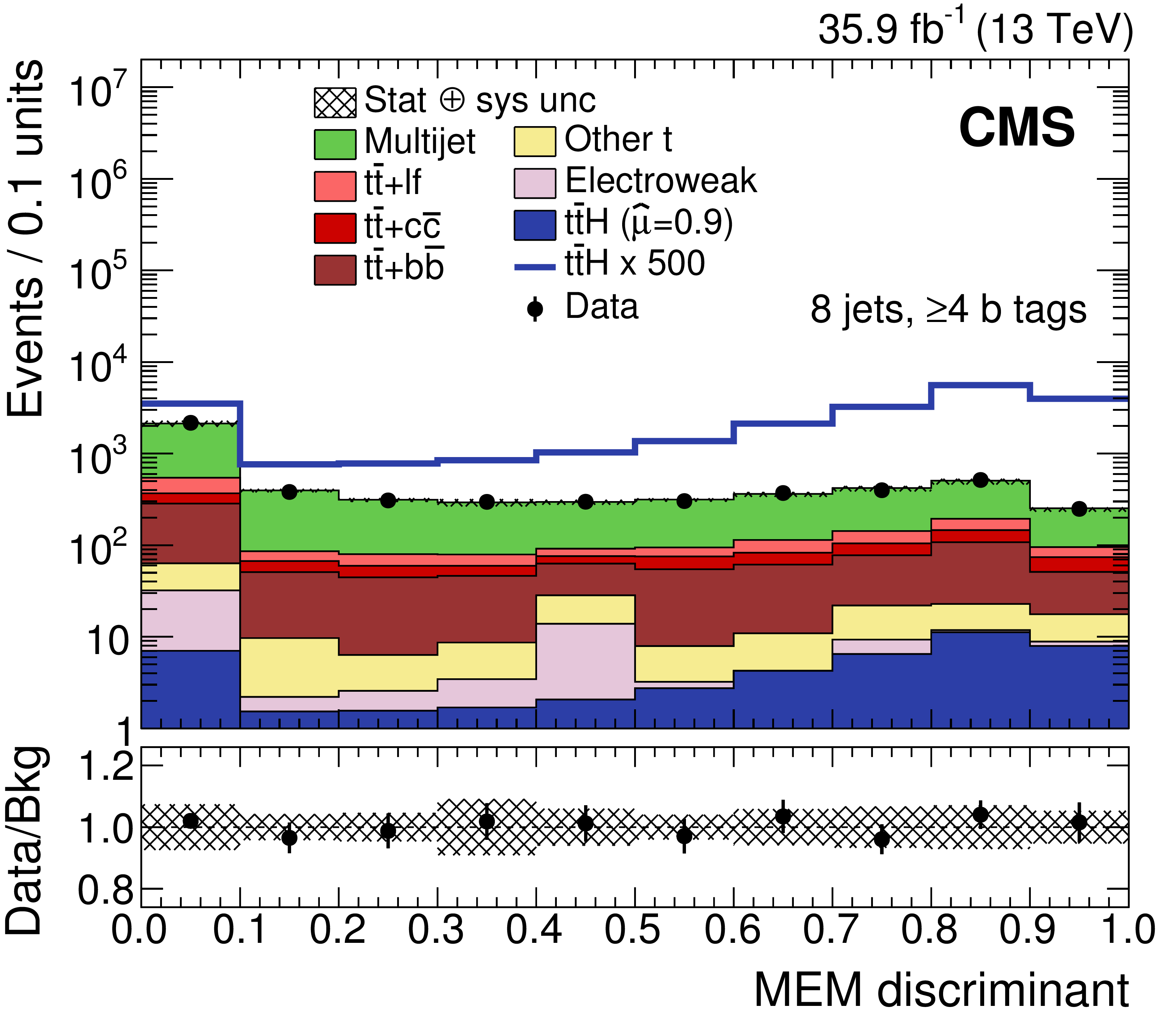 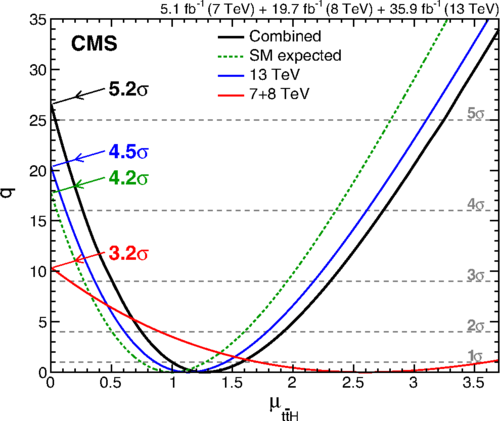 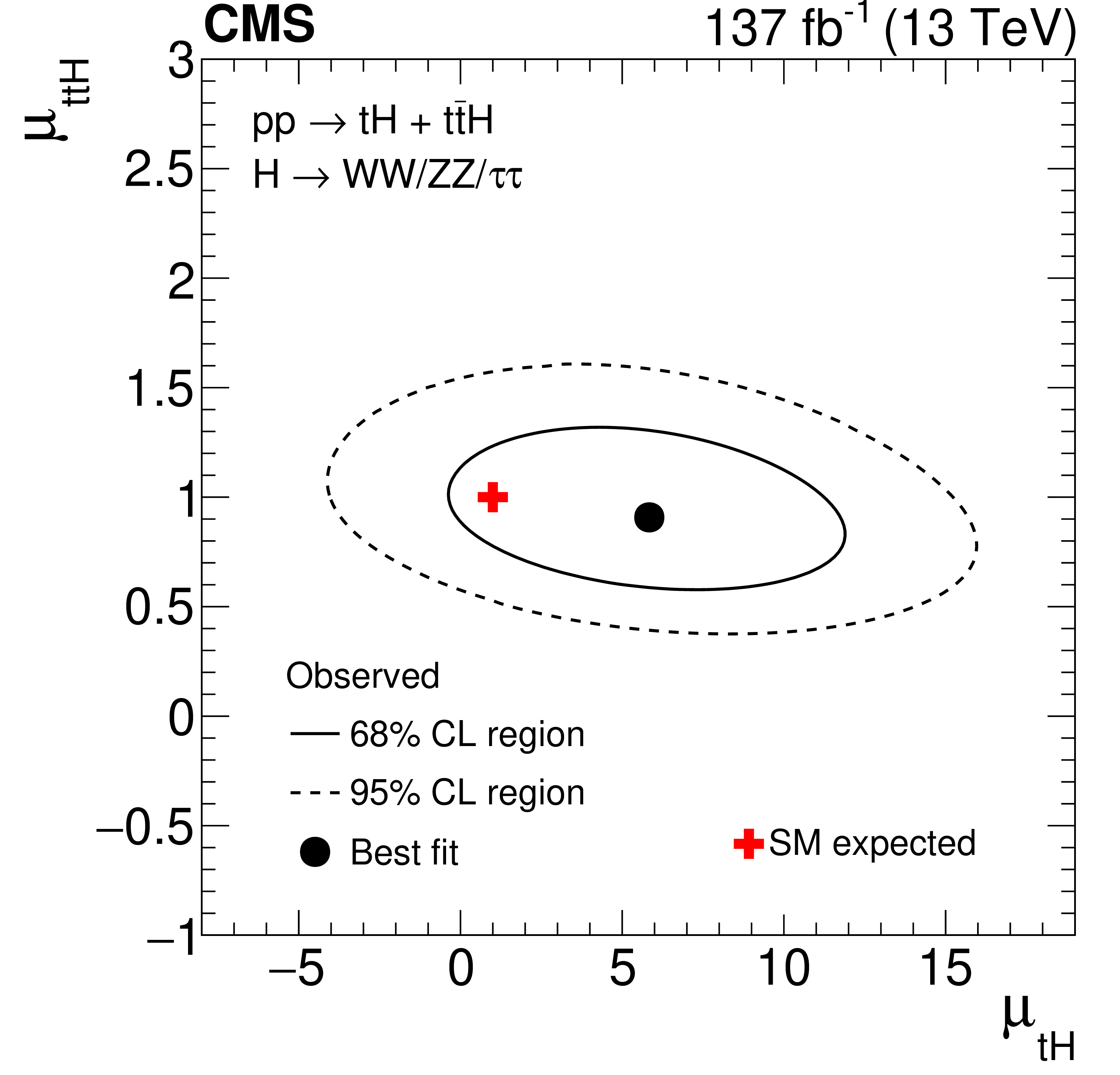 Measurement of ttH and tH in multilepton channels 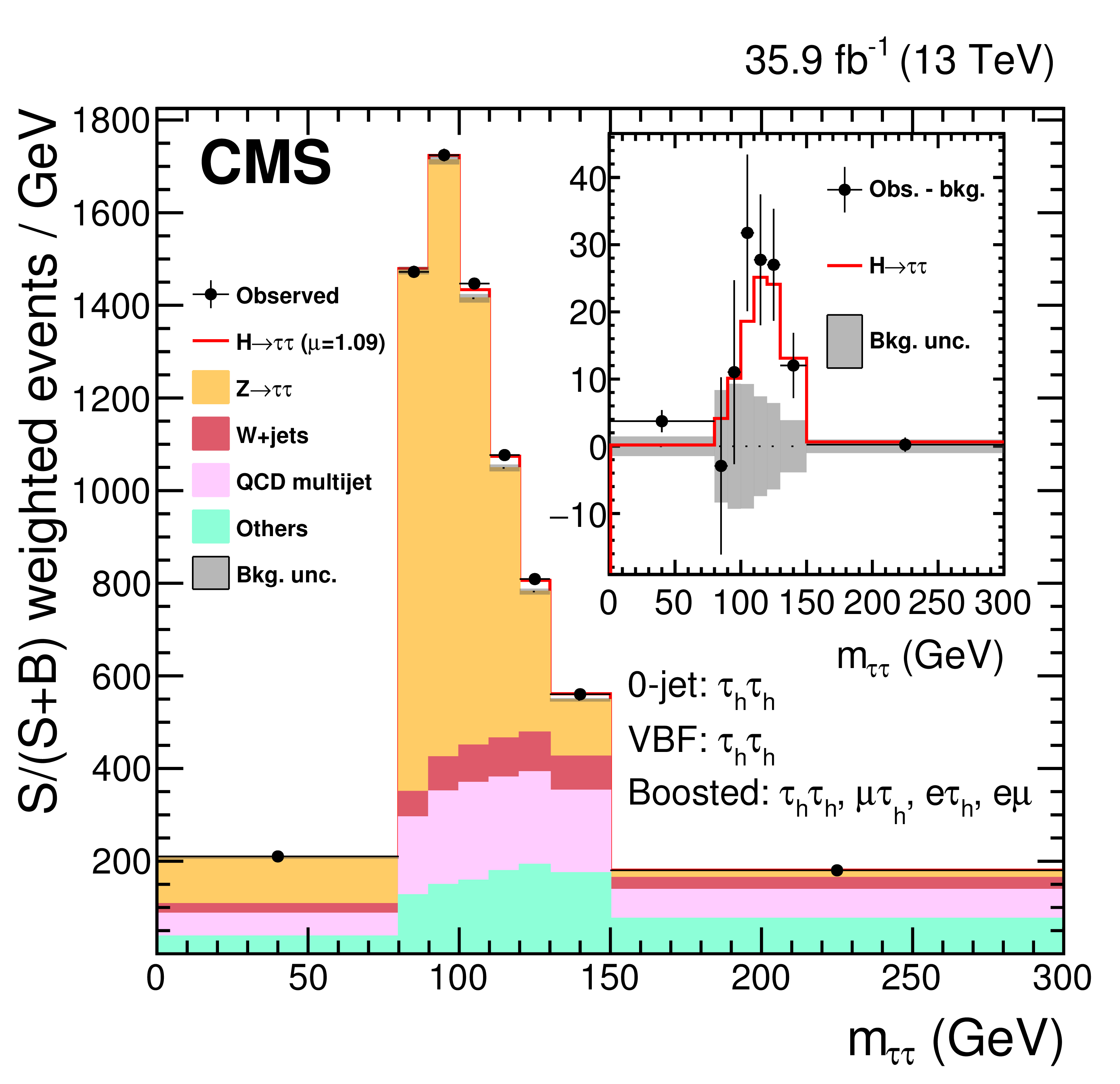 Our group studies the fermionic couplings of the Higgs boson, through its decays to tau leptons and b quarks, and through its associated production with top quarks (ttH). These couplings are dominant in the fermionic sector, and precise measurements would reveal deviations from the standard model.

For the ttH search with Higgs boson decaying to b-quarks (ttH(bb)), we developed a so-called matrix element technique to differentiate signal events from background events. We have published results using 8 TeV and 13 TeV proton-proton collisions in the leptonic decays of the top-quarks [higgs1,higgs2,higgs3, higgs4] and have produced the first CMS results in the all-hadronic decay [higgs5, D.Salerno-PhDthesis]. These results, in combination with other final states, have produced the first observation of the ttH process with a significance of 5.2 standard deviations over the expectation from the background-only hypothesis [higgs6, Physics-News, MNF news]. A new result, based on data recorded during 2017, took advantage of the new tracking capabilities of the CMS detector. A combination with previous results produced an observed (expected) significance of 3.9 (3.5) standard deviations above the background-only hypothesis for the ttH(bb) process [higgs7, HIGpub]. Recently we have joined the effort to analyze the ttH(multilepon) channel occurring from the Higgs boson decays to a W boson, Z boson, or  tau-lepton pair. This channel is the most sensitive among the different ttH decay channels, making it crucial for extracting properties of the Yukawa interaction. Our new measurement of the inclusive ttH(multilepton) production cross section was done with the full Run 2 dataset, resulted in an observed (expected) significance of 4.7 (5.2) standard deviations for ttH, and 1.4 (0.3) standard deviations for tH production [higgs20].

In 2018, our group helped discover that the Higgs boson couples to tau leptons, thus confirming that leptons gain their mass from interactions with the Higgs boson [higgs8].

We are also searching for new heavy particles (more than 10 times heavier than any known particle) that decay to Higgs bosons. Such particles would indicate a new sector of physics, including extra dimensions, and a relation between the Higgs boson and gravity.  [ higgs12, higgs13, higgs14, higgs15, higgs16, higgs17, higgs18,higgs19].