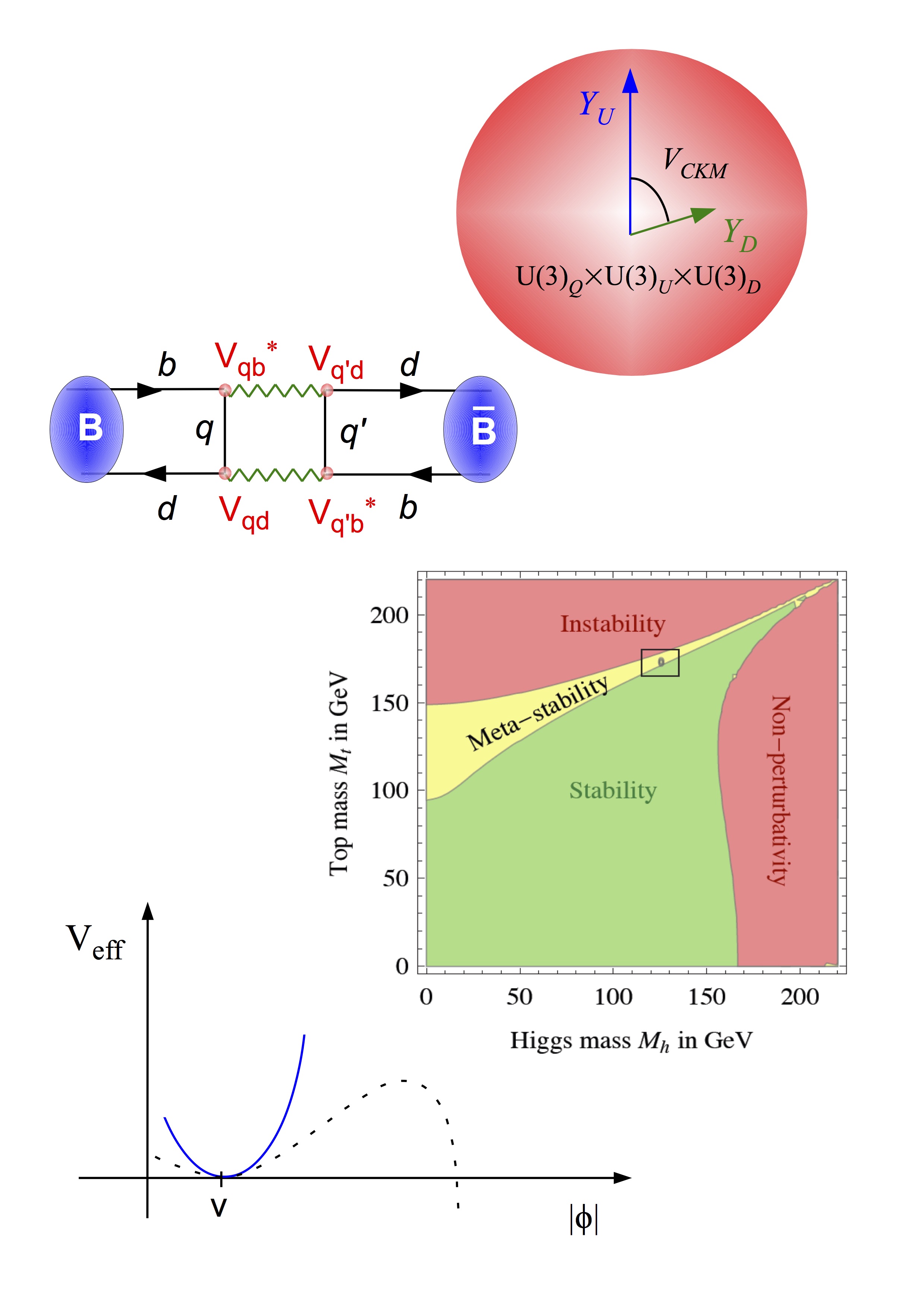 The goal of our research activity is to investigate the nature of the basic constituent of matter, and to understand how they interact. To make progress in this field we follow a twofold path.

On the one hand, we construct possible extensions of the so-called Standard Model of fundamental interactions. This theory successfully describes all microscopic phenomena observed so far, but leaves unanswered several fundamental questions, such as the origin of particle masses or the nature of dark matter.

On the other hand, we perform theoretical studies for the sub-nuclear reactions under experimental investigation in high-energy laboratories around the world. We predict and analyse the outcome of experiments performed both at the high-energy and at the high-intensity frontier of particle physics, investigating their sensitivity (and their constraints) on physics beyond the Standard Model.

In more detail, our research activity is focused on the following three main directions:

List of recent publications by our group (from SPIRES)

Fundamental physical constants and the problem of mass(lecture for the general public) [Zurich, March 2015]