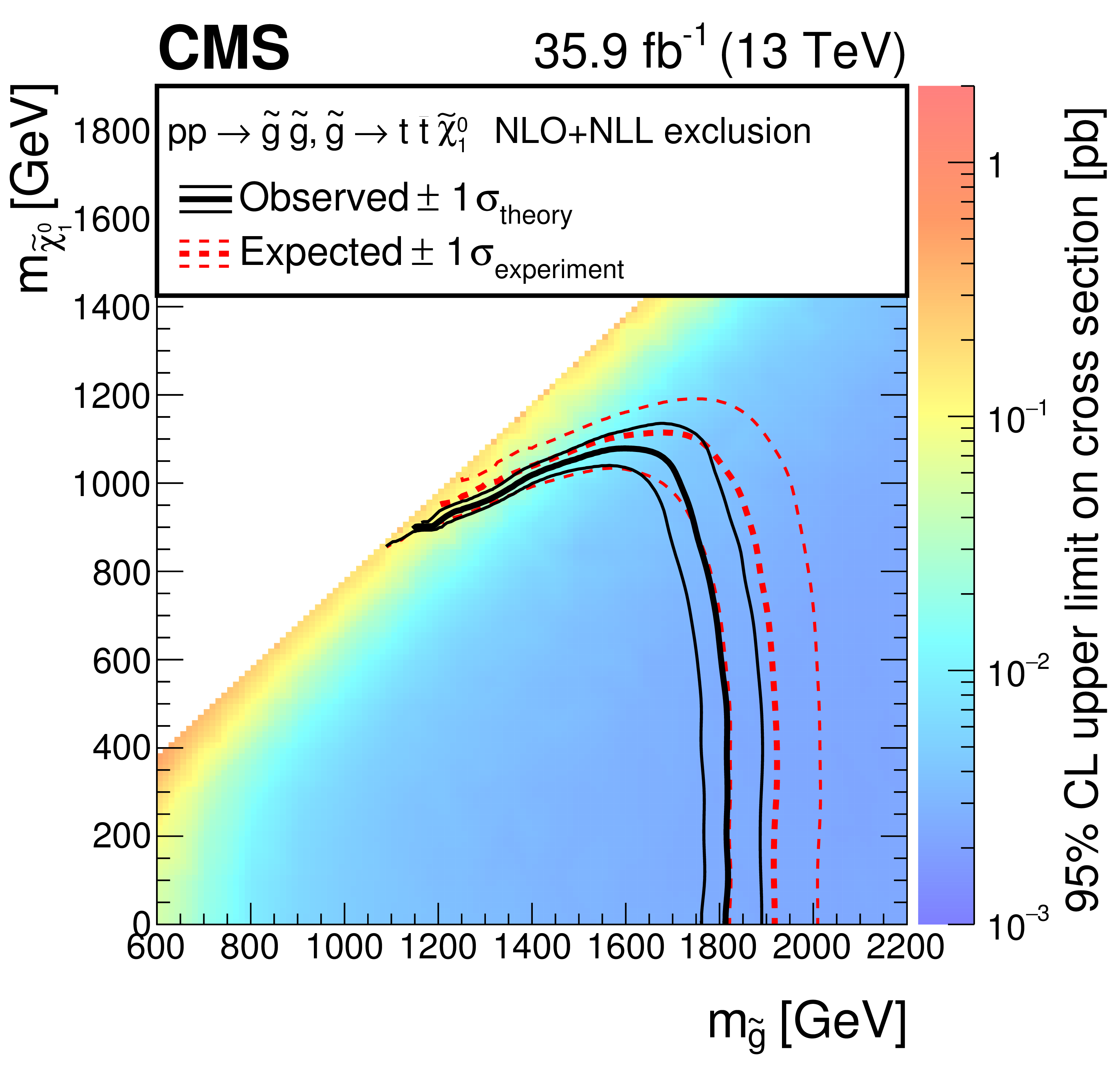 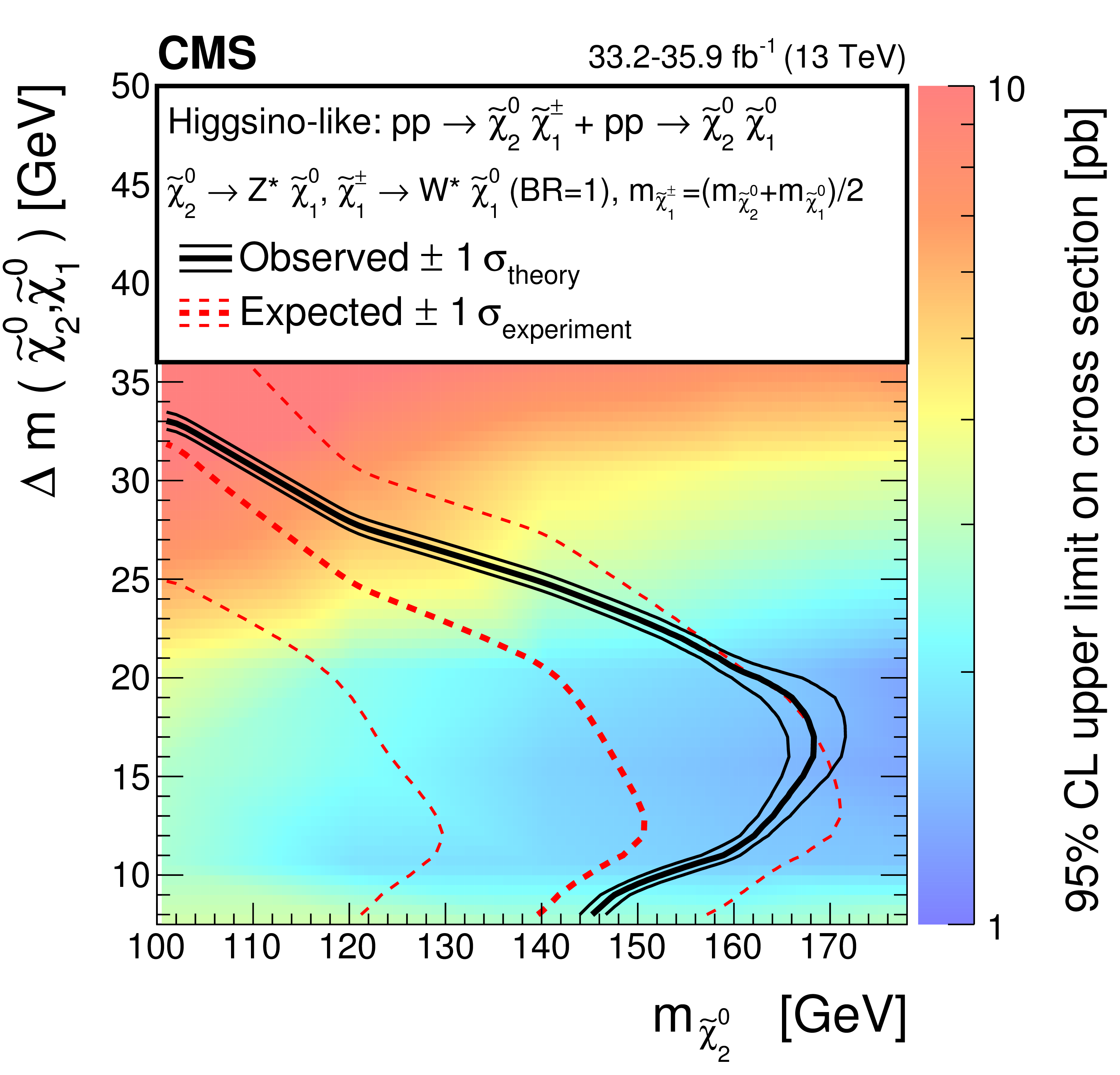 A popular extension of the standard model is supersymmetry since it could resolve hierarchy problems, provides a dark matter candidate (WIMPs), and predicts the unification of the electroweak and strong interactions at very high energies.

Our group has searched for supersymetry in events with one lepton and multiple jets and larger missing transverse momentum (MET).  This search was interpreted within the framework of simplified models of gluino pair production, where the lightest supersymmetric particle is the lightest neutralino, and a charged lepton is produced in the decay of a W boson that originates either from one of the four top-quarks or a chargino decay [Susy1].

Numerous searches at the LHC target WIMPs (Weakly Interacting Massive Particles) which escape undetected yielding a characteristic signature of a large MET, along with leptons and/or hadronic jets of high transverse momentum, pT. Nevertheless, in scenarios where the WIMP is the lightest state of a nearly degenerate mass spectrum of new states, the production of these new particles, in highly energetic proton-proton collisions, translates into events with relatively low visible energy, and by inference, low MET. These new physics (NP) scenarios, to which we refer as “compressed spectra”, are of high interest at LHC nowadays, cause they can evade the tight constraints imposed so far by searches of NP at the electroweak scale.

Our group is performing searches for NP states that decay into the undetectable WIMPs, forming with them a compressed mass spectrum. These searches are experimentally very challenging as the observable particles have very low momentum. In particular, we make use of the identification of soft muons (electrons) with pT down to 3(5) GeV respectively. We have published the first LHC search for Higgsinos, which are naturally compressed by few GeV, extending the mass limit previously imposed by LEP (100 GeV) [Susy2].