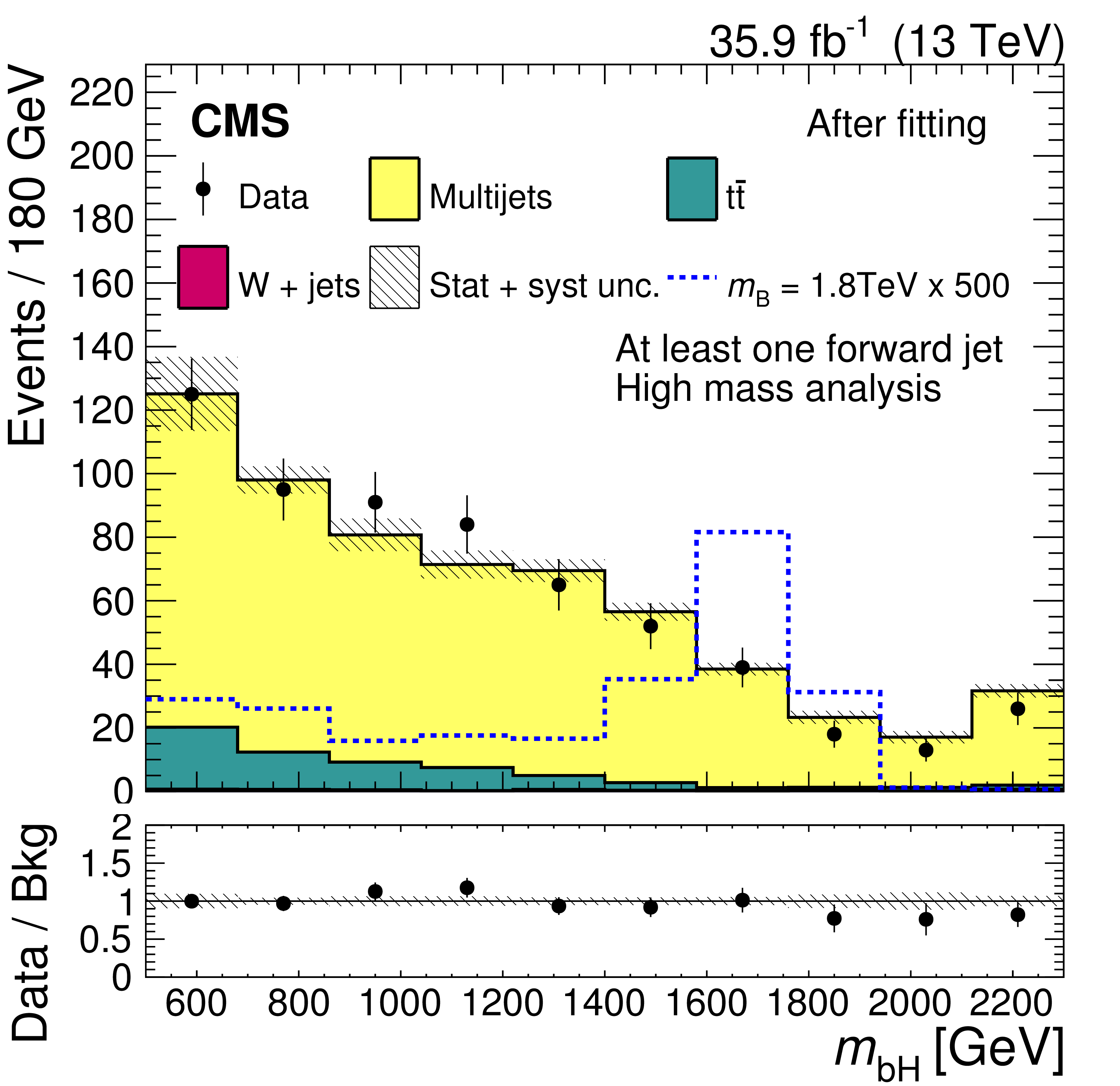 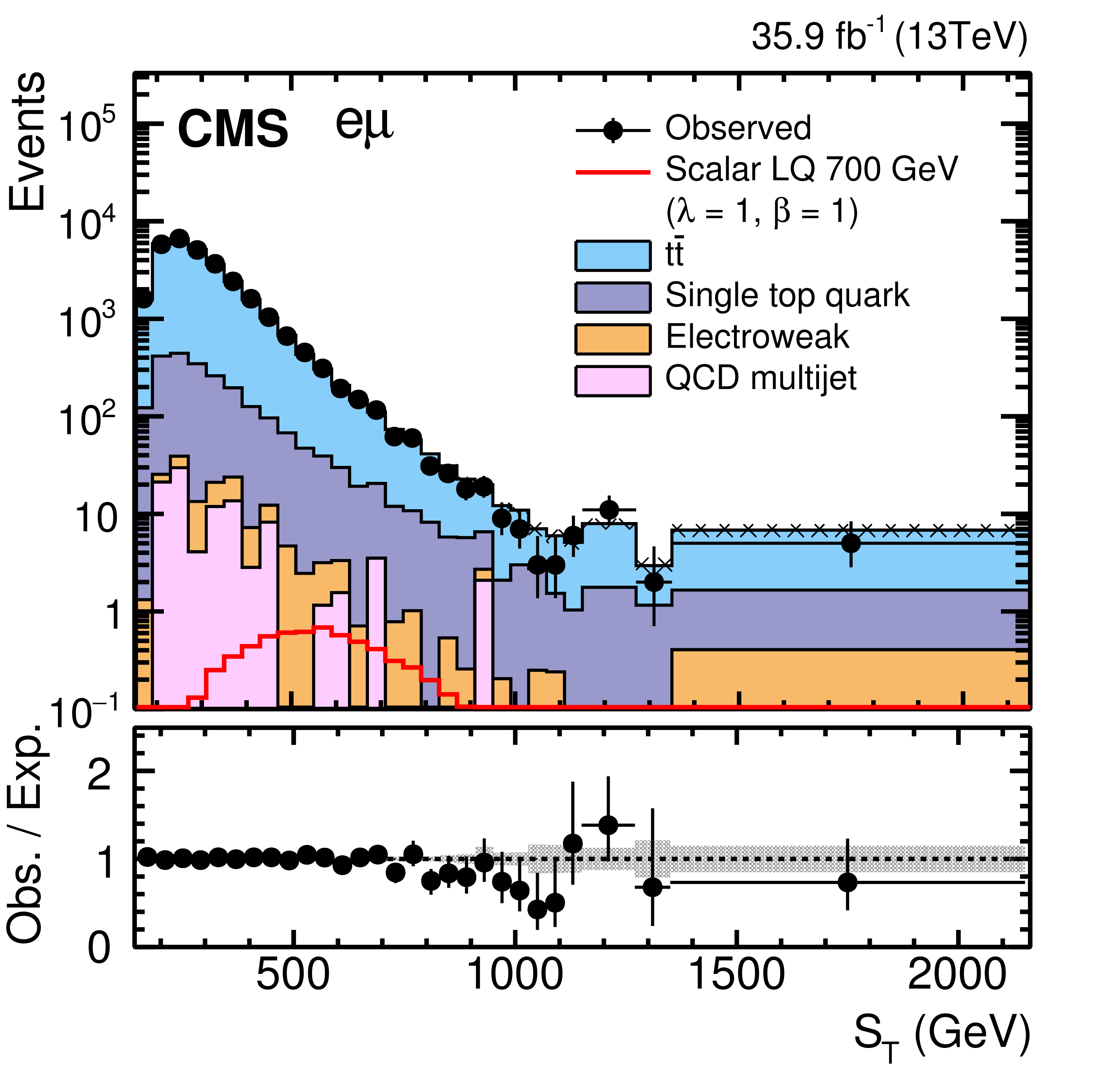 A main goal of the LHC physics program is to search for new particles whose existence could address and solve problems related to the nature of the electroweak symmetry breaking and to the hierarchy between the electroweak and the Planck mass scales. Several extensions of the standard model predict the existence of new heavy fermionic resonances, called vector-like quarks (VLQs), that allows the cancellation of loop corrections to the mass of the Higgs boson. These hypothetical particles have spin 1/2 and their vectorial nature consists of having the same color and electroweak quantum numbers for the left- and right-handed components. Our group led the search for single production of the B VLQ decaying to a bottom quark and a Higgs boson [VLQ1]. This search extended the existing knowledge on these hypothetical particles, by investigating this final state for the first time and interpreting the results in a new theoretical framework with non-negligible resonance widths.

We have implemented a search focused on the single production of a top-partner T decaying to a top quark and the Z boson, where the top quark decays hadronically and Z boson subsequently decays to neutrinos. Thanks to the high branching ratio of the Z boson to neutrinos, and the fact that the presence of large missing transverse energy distinguishes the signal from QCD multijet background, this channel has a very clear signature and is highly sensitive to the production of T’  [VLQ2].

Why do quarks and leptons have similar structure? Maybe there is a new boson called the leptoquark that connects the quark and the lepton. In fact, LHCb recently reported anomalies in the decays of B-hadrons, which might indicate the existence of a leptoquark with a mass in the TeV-scale that couples to third generation particles: top quarks and tau neutrinos, or b quarks and tau leptons.  We have started new searches to directly detect these decays at CMS. In particular, we search for various production mechanisms of third-generation leptoquarks decaying to b quarks and tau leptons [LQ1].