The length of the supply tube above is 6.2m, whereas the detector modules comprise only the center 53 cm. 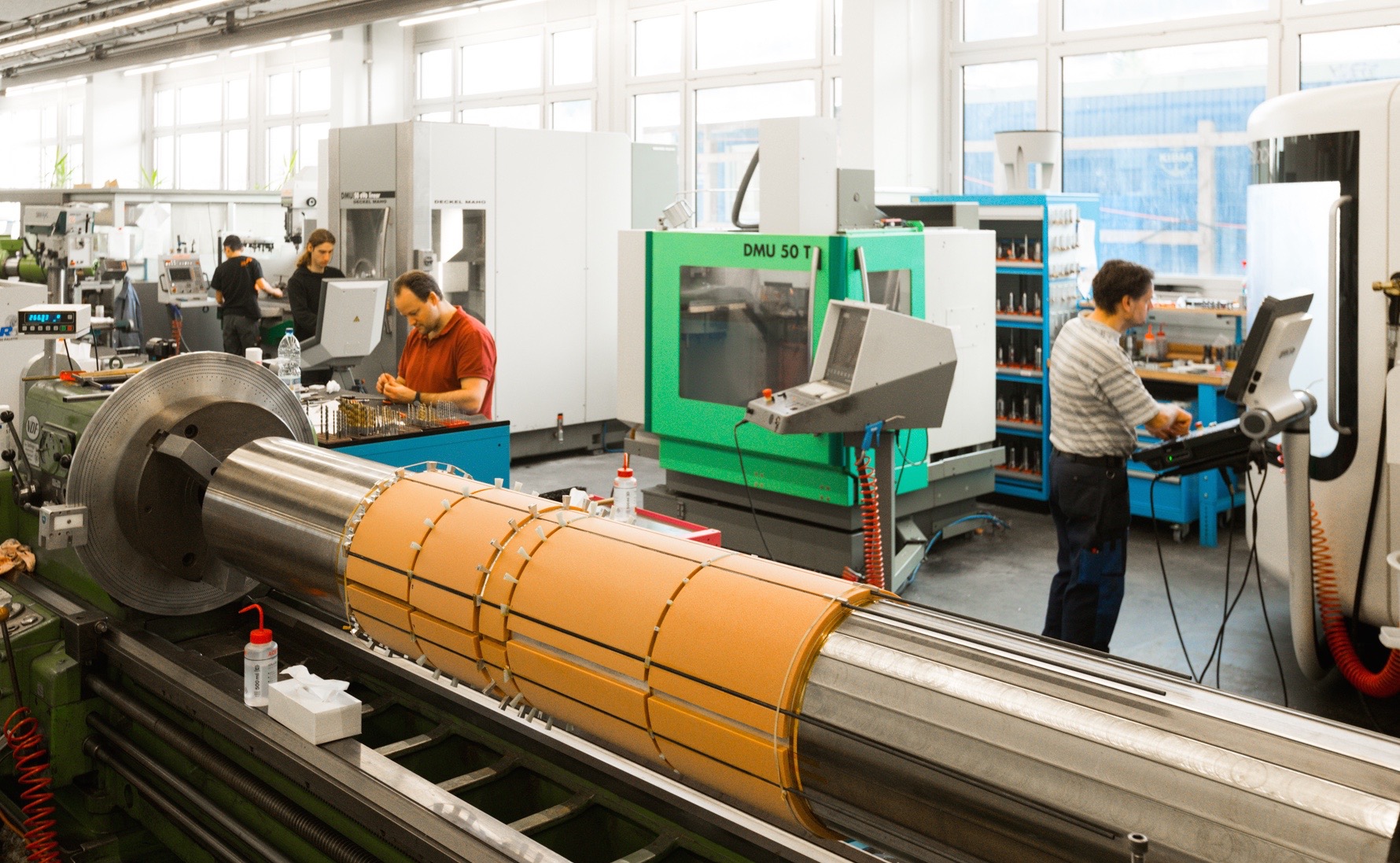 In order to maintain the excellent tracking performance of the pixel detector under the running conditions of the LHC, the UZH group helped construct a new, upgraded pixel system, which was installed in CMS in early 2017, and which replaced the original phase-0 detector.  This CMS phase-1 pixel detector features a new pixel readout chip, which reduces detection inefficiencies, allowing more signals to be recorded.

The phase-1 detector has several design improvements over the phase-0 detector.  The number of tracking layers in the barrel pixel detector (BPIX) increased from 3 to 4, and the number of layers in the forward pixel detector (FPIX) from 2 to 3. This improves the position resolution of tracks, allowing for better primary and secondary vertex reconstruction.  The phase-1 BPIX detector consists of four 57 cm long layers of silicon pixel modules serviced by 2.2 m of supply tubes which transport cooling tubes, electrical power, and optical signals to and from the pixel detector. The addition of an extra layer, closer to the beam pipe, demanded a complete redesign of powering, cooling, and readout electronics.  A redesign of the electronics positioning and a new method of cooling decreases the material in the detector region, which reduces particle scattering, yielding more precise measurements.  At UZH we developed three major areas in the phase-1 BPIX upgrade: the supply tube mechanical structure, the cooling system, and the assembly, installation, testing and commissioning of the readout electronics, powering, and control of the pixel modules. 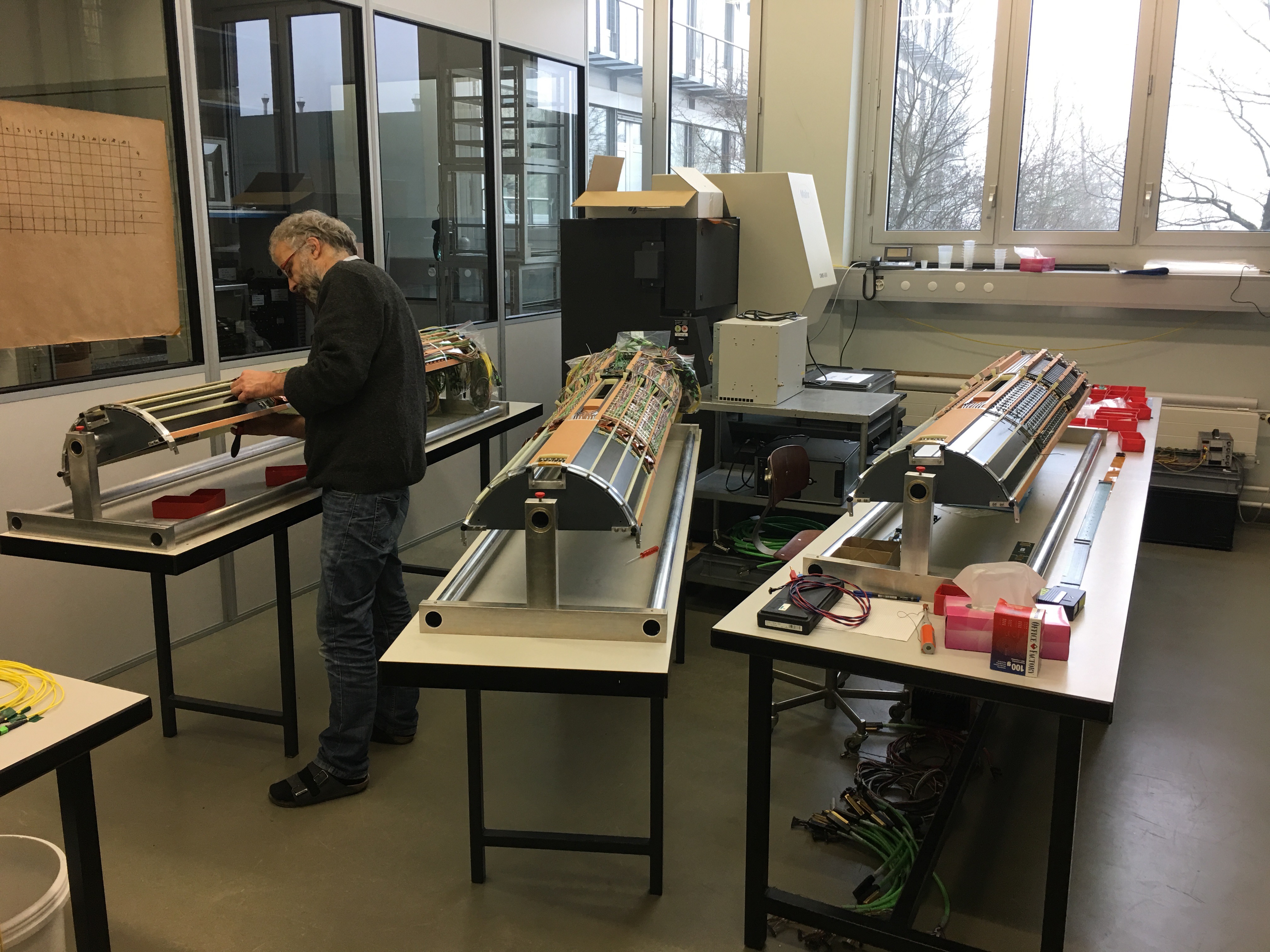 With help from our UZH mechanics workshop we have built the supply tube mechanical structure. This multi-layer carbonized foam structure houses the electronics, cooling, power distribution, module control boards, and DC-DC converters. Furthermore, we have designed and constructed a new light-weight cooling system, which differs from the current design in that the tubes are much narrower, operate at six times higher pressure, and use two-phase liquid-gas CO2 cooling instead of single-phase C6F14 liquid coolant. The system has a complicated looping structure in order to cool the individual detector components including pixel modules, DC-DC converters and digital-optical hybrid electronics components. To protect against corrosion, we moved to special-quality steel alloy for all parts, and implemented machine-automated laser welding. The system underwent mechanical and temperature stress tests and was found to withstand 200 atmospheres of pressure and water tests without leaking or corrosion. 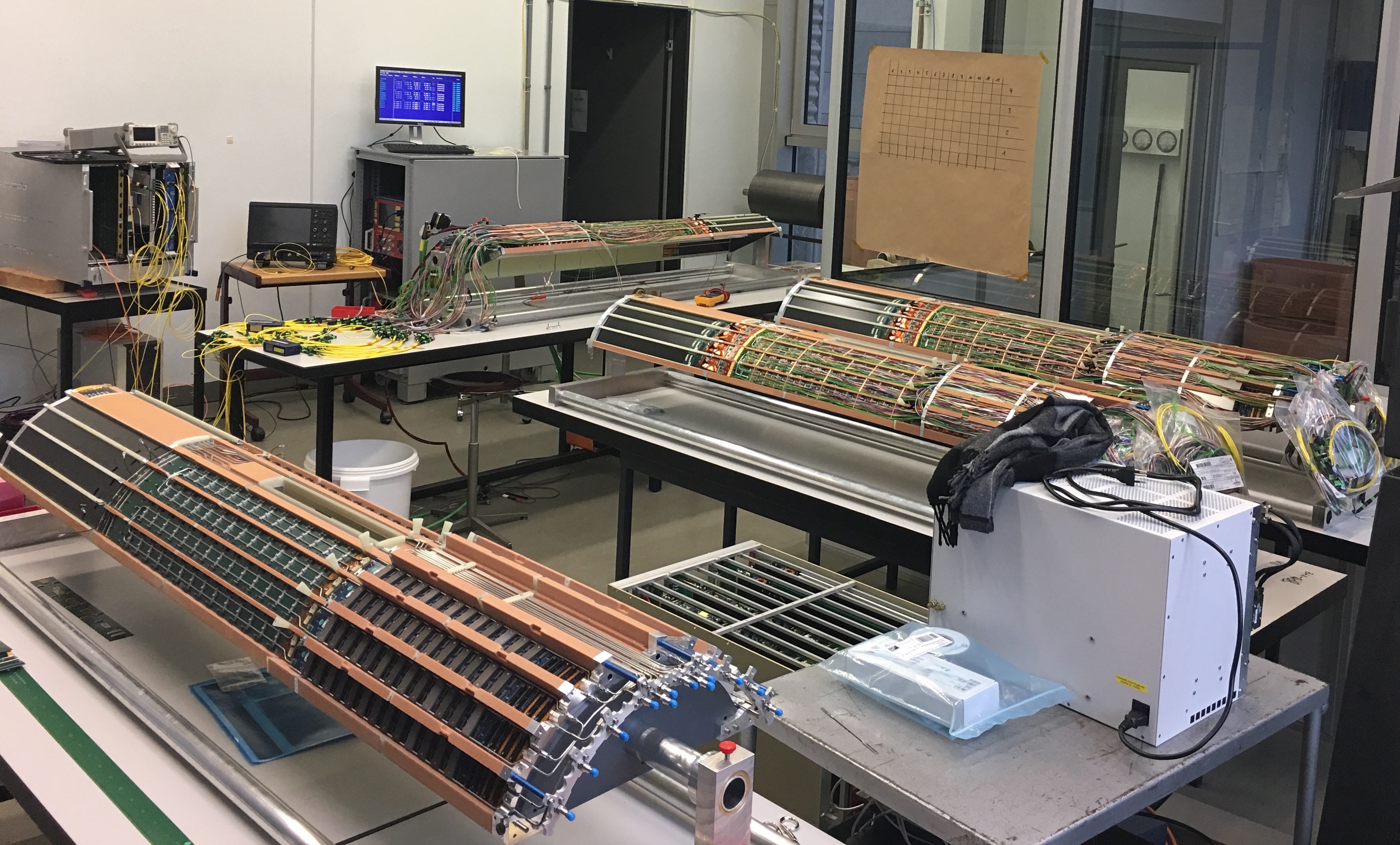 During the design and prototyping phase of the phase-1 BPIX upgrade detector, we were responsible for the testing of the complete system. In particular, we verified the proper interplay of the upgraded detector modules and supply tube electronics with the pixel data acquisition and power system. For this purpose, we set up a slice of the full readout chain in our lab at UZH which consisted of a group of pixel detector modules connected through optical links to the front-end electronics boards for readout and control, and which were powered using a set of DC-DC converters. We produced hardware tools and developed software algorithms to allow for a fast and efficient testing procedure. We set up our DAQ systems using the new microTCA standard, which has allowed for much faster communication in the front-end electronics. 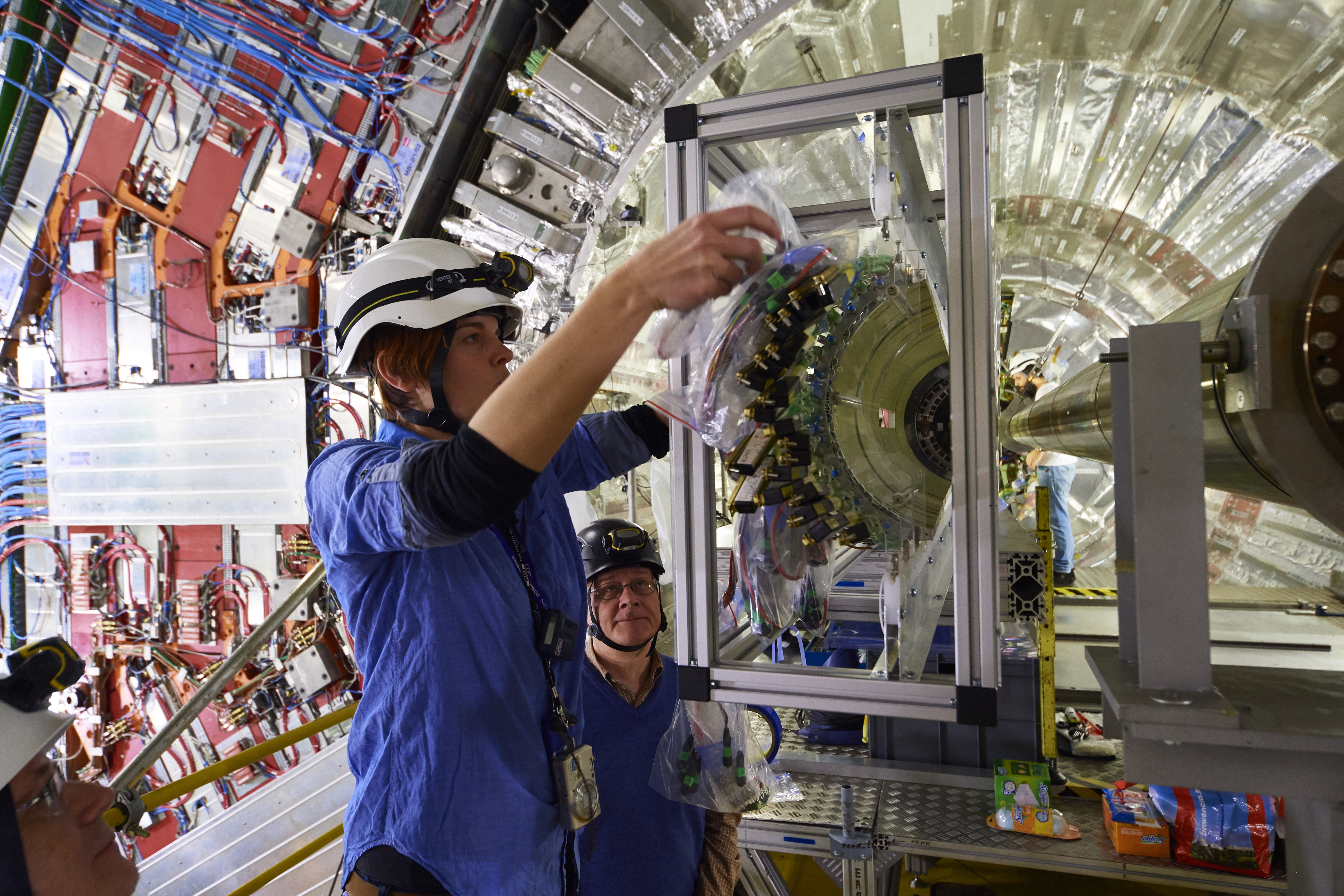 The detector was commissioned by January 2017, and then shipped to CMS and installed in March. Click here to see a video of the installation and a timelapse of the 2017 installation.