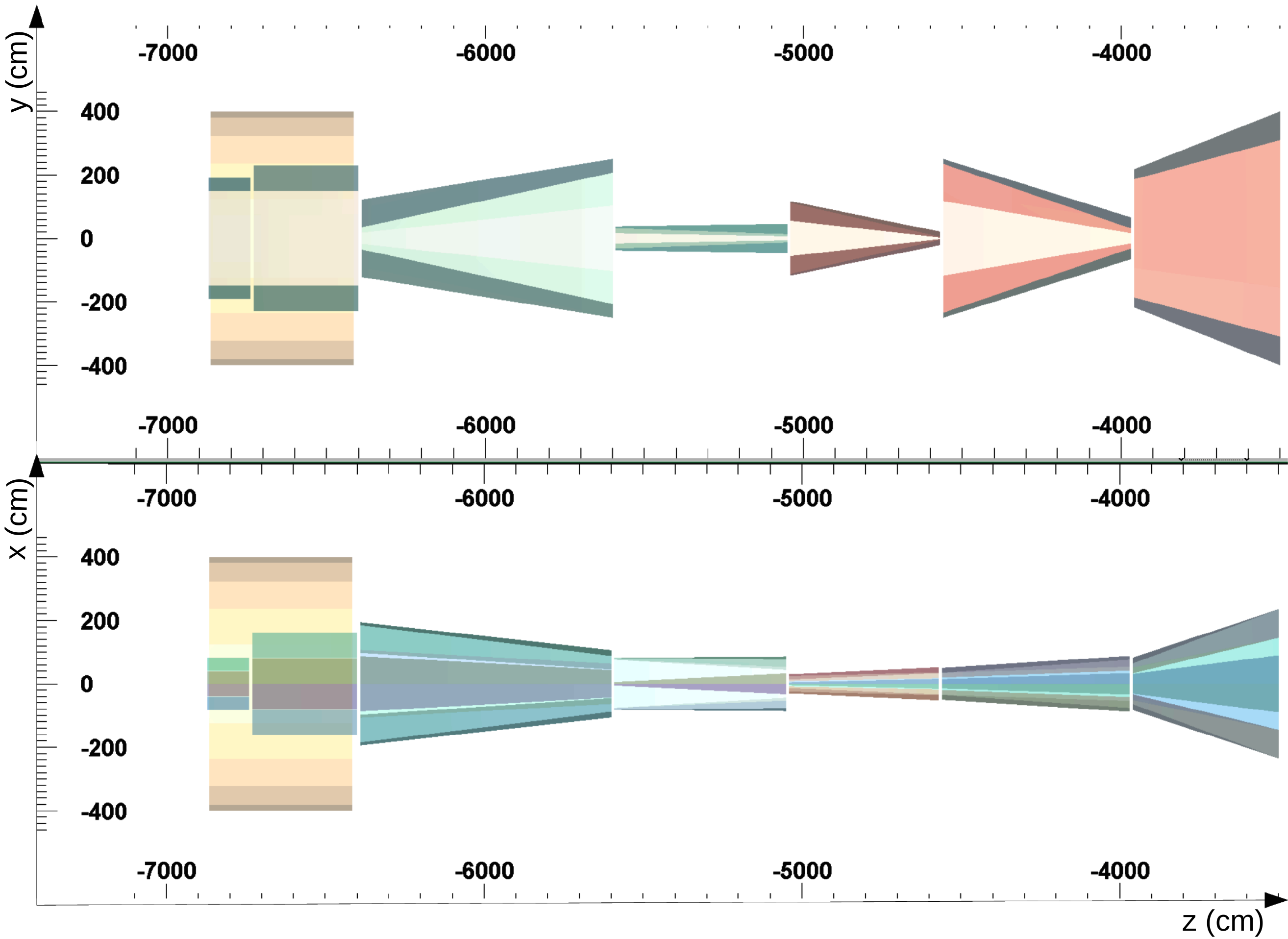 The muon flux of 1011 /spill is expected in SHiP. These muons could incur background, and hence their flux has to be reduced by several orders of magnitude over the shortest possible distance to achieve the largest possible acceptance for HNLs. SHiP adopted the use of a series of magnets to deflect the muons out of the acceptance of the spectrometer. Muon shield had strict requirement to sweep muons out of the (x,y)=(5,10) m area at the beginning of the decay vessel in TP configuration. SHIP now moved to a conical vessel design, which relaxes the requirement of the shield, having to clear only 5x10 m at the position of the last tracking station.
Our group took one of the major role in the optimization of the active muon shield for the new SHiP geometry configuration.