Measurements of electroweak gauge boson (W and Z boson) production cross-sections at the LHC constitute an important test of the Standard Model of particle physics. While production cross-sections can be calculated to the percent level at the level of parton-parton interactions, significant theoretical uncertainties arise due to the limited knowledge of the Parton Density Functions (PDFs) which parametrise the behaviour of the partons within the colliding protons.

More accurate determinations of the PDFs of the proton are an essential ingredient of the LHC physics programme as current uncertainties limit precision measurements, such as the determination of the weak mixing angle or precision Higgs physics, as well as the sensitivity of direct searches for new particles.

The unique kinematic coverage of the LHCb detector permits measurements that are sensitive at low and high values of Bjorken-x and hence are complementary to those performed at ATLAS and CMS. At the energy scale for W and Z boson production, LHCb measurements are sensitive all the way down to values of x as low as 1.7 x 10-4, where they provide particularly valuable input for a better determination of the proton PDFs. 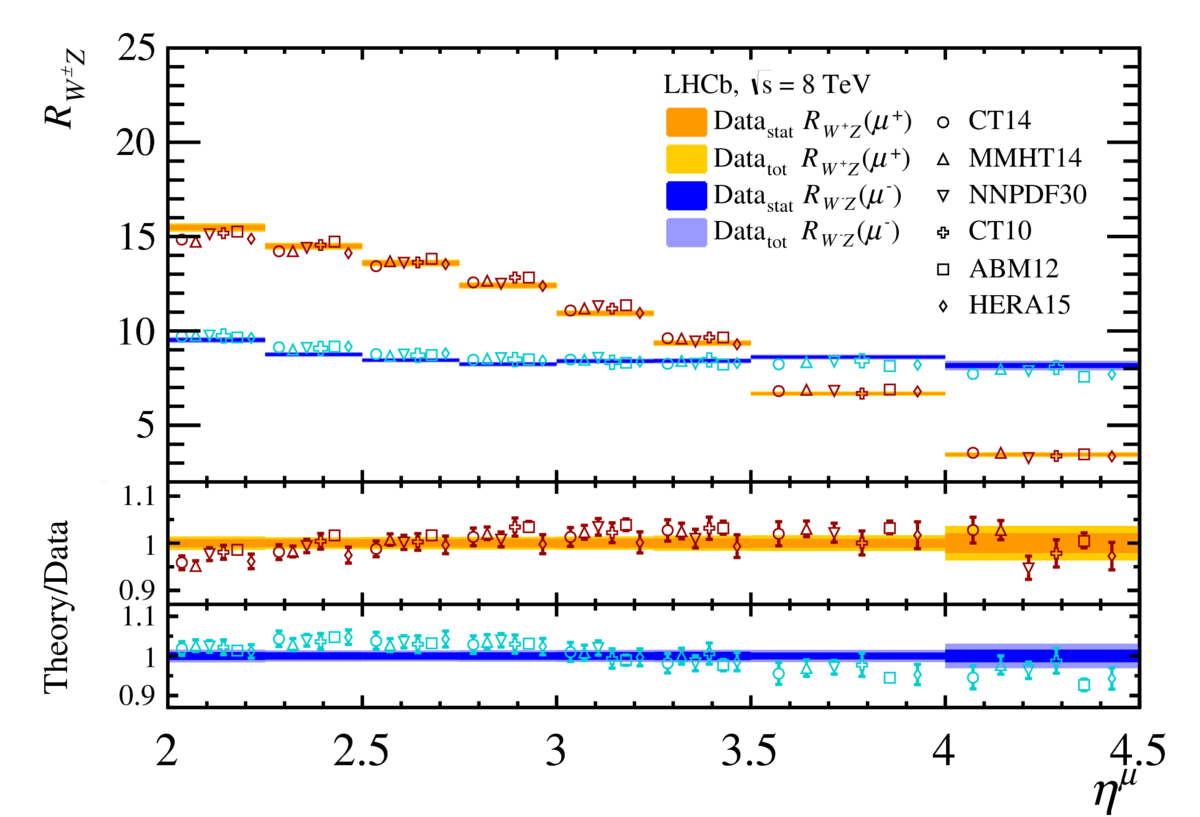 Figure 1. W  to Z cross-section ratio in bins of the pseudorapidity of the emitted muon. Measurements (represented as horizontal bands), are compared to Next-to-Next-to-Leading-Order predictions (represented by markers) using six different parametrisations of the proton PDF.

Under the leadership of Dr. K. Müller, members of our group have been strongly involved in measurements of W and Z boson and of low-mass Drell-Yan production from the very beginning of LHCb data taking. Precision measurements of the differential cross sections and cross section ratios of W and Z bosons at proton-proton collision energies of 7 and 8 TeV have been published using the full LHCb data collected in Run 1 of the LHC. Systematic uncertainties on these measurements are at the percent level, comparable or even smaller than uncertainties from theory. A first measurement of Z boson production at 13 TeV collision energy has been published from a small data set collected at the beginning of LHC Run 2. All measured cross sections are in good agreement with theory predictions.

A few selected publications are listed below, a full list of LHCb publications related to electroweak physics can be found under this link.